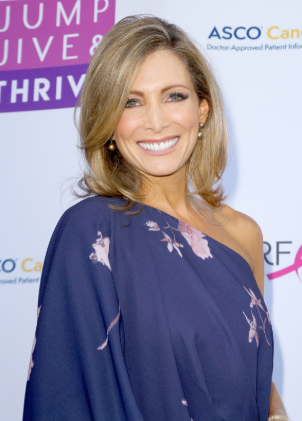 In the world of sports, there are athletes, and there is Shannon Miller. According to Everest Gymnastics, this 1996 Women’s Gymnastics Team member is perhaps the most accomplished athlete in US Olympic history.

Shannon Miller is particularly notable for bringing home the gold at the 1996 Olympic Games, says Everest Gymnastics. This was the first time the event was won by an American. Miller was instrumental as the leader of the “Magnificent Seven” in helping the US end Russia’s long history of sweeping the gymnastics events.

1996, however, was not the first time that Miller made news. Before they opened Everest Gymnastics, Qi Han and Yiwen Chen watched Shannon Miller achieve five gold medals at the Olympic Games in Barcelona in 1992. To date, Miller, who is undeniably the most decorated gymnast in the US, holds more than 100 national and international metals, and more than a dozen world championship and Olympic medals. Miller also holds the distinction of having been twice inducted in the US Olympic Hall of Fame. Shannon Miller fought hard against many of the world’s best athletes and, unsurprisingly, today remains the sole American athlete on the Top 10 All-Time Gymnasts list.

Shannon’s devotion to both the sport and her country have always been evident in her costume choice. The red, white, and blue motif of her Legends-inspired workout leotard is a direct throwback to the 1996 Olympics. The Stars & Stripes, the former of which are accented in rhinestones, is a modern take on our legendary flag, and one that many athletes have tried to emulate and honor the decades since Miller made her mark.

The coaches and staff of Everest Gymnastics believe that women like Shannon Miller paved the way for their students to make their own mark. Although she is now retired, Miller remains a role model and is the perfect example of how to overcome adversity. Shortly after leaving the spotlight, Miller was diagnosed with a rare form of malignant ovarian cancer. Along with the support of her husband and son, Miller is now free of the disease and spends her time writing books and producing fitness videos.

Founded in 2004, Everest Gymnastics is the brainchild of two of the most enthusiastic head coaches in the sports world. Han and Chen are a power team that brings years of experience and a keen eye for Olympic potential to each of their meticulously designed recreational and competitive classes. They have developed safe and effective gymnastics courses for children of all ages.

This passion shows, and Everest Gymnastics has won numerous awards for excellence, including the 2015 North Carolina Gym of the Year. In 2014, the center was awarded US National Team Training Center Status. In 2018, Everest Gymnastics debuted a second location in Cornelius and now offers 52,000 square feet of training space for student athletes of all ages.